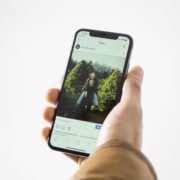 According to GottaBeMobile.com, "Apple’s confirmed an iOS 14.4 (now 14.5) update and the software is currently in beta testing ahead of an official release for iPhone".

News of the update has been putting Facebook (owner of Instagram) and its advertisers on alert, amid the forthcoming end of IDFA (IDentifier For Advertising) for iPhone users. Basically, iPhone will show a pop-up, giving the user a choice to opt-out of apps tracking their clicks and whereabouts.

With Facebook's very public scrutiny of their privacy practices, it's doubtful that many iPhone users will select to allow apps to track their activity.

This update will most likely reduce the number of clicks and interactions from iPhone users, who make up the majority of people who interact on most Facebook and Instagram ad campaigns. This also means that lookalike audiences and retargeting won't include iPhone users, therefore reducing their effectiveness.*

Through our analysis of social media ad campaigns over the years, while iPhone users make up the majority of people interacting with ads, Android smartphone users often come at a close second. Another silver lining is the iOS update is for iPhones, not desktop computers. According to our analysis, Facebook users on desktop computers still make up a substantial number of people who interact with ads.

Is It The Facebook Ad APOCALYPSE? What Should We Do?

We won't know the exact effects of the iOS update until about 30 days after the update is released. While more aggressive forms of advertising may be less effective, businesses and advertisers will ultimately need to adjust their strategies to target iPhone users.

Brand Awareness Campaigns will have to be the adopted strategy in reaching iPhone users. More eye-catching and video-based ads (think major travel and apparel companies) will most likely replace ads that move people down the sales funnel more directly. Businesses, board members, and marketers will have to base campaign performance on views, comments and shares, versus actions tracked on a landing page.*

We recommend to talk to your marketing manager about this software update and make a plan to adjust your advertising methods.

Got questions? Please send an email to onehousedigitalphx@gmail.com!

Read more about the update. 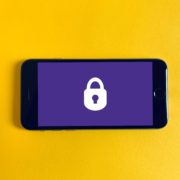 Forgetting passwords can be frustrating and can bring your business to a halt. The same can be said for getting hacked. Here's a user-friendly and affordable way to handle both.

Passpack's online platform allows you to store private data (passwords, email addresses, credit card info) for free. Your data is not only encrypted, but 3 layers of security are in place to help protect your information and keep away bots.

Passpack is a great solution for companies who require access to client accounts and payment information, or people who are serious online shoppers. Save all login credentials in one place while only needing to remember one password and a security phrase of your choosing!

Pros: The software company offers free accounts for storing up to 100 entries. For unlimited password storage, their basic plan costs only $18/year.  Passpack also allows you to safely share login credentials to a person without an account. The person must entire a PIN you create in order to access the information.

Have more security when storing and retrieving login credentials: Once you type in a password on an entry, or open an entry to copy a password, you have the option to close the password field, which encrypts the field immediately. The encryption converts the password into a code, preventing unauthorized access.

There also can be roadblocks when attempting to log into Passpack on a smartphone. We recommend to setup a PIN to remedy this issue.

Get started for free or find a plan that suits your needs. https://www.passpack.com/plans/

*No direct affiliation with Passpack. 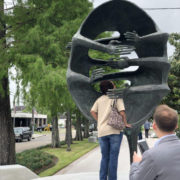 Creating advertisements inside LAM (Landscape Architecture Magazine), has sparked our admiration of the impactful world of this industry. In LAM's August 2020 issue, titled “A Plague x Two”, we learned about M. Austin Allen III, a decorated black designer whose projects included Hayden Plaza in New Orleans.

M. Austin Allen III has been instrumental on recovery projects (post-Katrina) in New Orleans, a city with historic beauty that is heavily and unapologetically influenced by black culture. Sites such as The Hayden Plaza, which celebrates Dr. Martin Luther King, are essential to American society and history. These sites appropriately remind us to never forget the struggles and triumphs of racial injustice, past and present.

Also mentioned in the magazine is Architect June Grant, head of the studio blinkLAB. Grant has positioned her studio to cater to the landscape needs of communities, and has answered the consistently asked request to help revive African American cultural spaces which have been gentrified.

Although Grant is concerned about the continued economic impact on black communities during this time, there is a silver lining with regard to improving public spaces for these communities. She mentions that due to the effects of the pandemic and the matter of police violence (and cohesion of the two issues), foundations are more open to listening and providing increased funding for black communities who have been asking for assistance, many years prior.

"The profession of Landscape Architecture has also decided what culture is the important culture."

*No direct affiliation with LAM, ASLA or FASLA.